At AEQUORA Lanzarote Suites the safety, health and well-being of our guests and employees are our priority.

In collaboration with safety and hygiene experts and based on the indications of public authorities and health institutions. We have developed new protocols aimed at taking care of our employees and customers, without taking a step back in the care of the ecosystem.

Safety and hygiene in our facilities has always been a priority for us, but now more than ever we are taking extreme measures to keep travel a totally safe experience.

Now more than ever, responsible tourism is needed to take care of people, the environment and commit to creating healthy environments.

At AEQUORA Lanzarote Suites we follow cleaning protocols inspired by medical practices approved by the World Health Organization and certified by an external company specialized in Safety and Hygiene.

SAFETY AND HYGIENE PROTOCOLS FOR EMPLOYEES

CHANGES IN THE RESTAURANT SERVICES

To minimize interaction and direct contact with our hotel surfaces, we offer the following technology solutions:

AEQUORA Lanzarote Suites will be temporarily closed until 18.12.2020

As a result of the epidemic known as COVID-19 as well as the restrictions and State of Alarm imposed by the Government of Spain by Royal Decree-Law 463/2020 dated 14/03/2020 and ensuring the safety of customers and our employees, it has been decided that our hotel AEQUORA Lanzarote Suites will be temporarily closed until 18.12.20.

Aequora Lanzarote Suites will offer travellers the possibility to modify or cancel their reservation without any cost.

You can contact us through the following communication channels:

Is it risky to make a reservation for our next vacation right now?

As we understand, we need security and confidence to plan your vacation at this critical time. Therefore, at AEQUORA Lanzarote Suites we try to provide you with options that will help you make this decision. How?

We offer a free cancellation policy for your next reservation, this means that you can start planning your beloved vacation from now without commitments!

You can cancel your reservation at any time until the day before your arrival.

Until our return we will make a series of improvements in our hotel so that when we open you can enjoy with the highest security and quality. We want to reassure our clients and guarantee their stay at our hotel as soon as possible. Stay safe and positive as we will get through this together.

Bedlinen and towels are not automatically changed on cleaning days. This saves considerable quantities of electricity, detergent and water. If you prefer to have them changed please leave them on the floor in the bathroom.

Pool towel changes are made from Monday to Saturday (at the Wellness Center) and on Sunday (at the reception) from 10: a.m. to 1.00 p.m.

Freshwater is often in short supply in the Mediterranean, on the Canary Islands and in Thailand. This is why we ask everyone to be careful with the use of water. Did you know? If 500 people do not leave the water running while brushing their teeth, at least 50,000 litres of water will be saved every week.

Our digital card system helps to save even more electricity by noticing when you leave your room. Kindly note that the minibar and the socket that is next to your desk will always remain active.

Freshwater is often in short supply in the Mediterranean, on the Canary Islands and in Thailand. This is why we ask everyone to be careful with the use of water. Did you know? If 500 people do not leave the water running while brushing their teeth, at least 50,000 litres of water will be saved every week.

To enjoy a truly wonderful and relaxed holiday you want to feel in balance with nature and your environment. We strive to run all our hotels and resorts according to the principles of sustainable tourism. Currently, more than 30 of the Hotels & Resorts have received the Travelife Award.

Travelife is an independent, internationally recognised sustainability award scheme for the tourism industry. Around 100 criteria are assessed, including fair wages for staff and measures to minimise energy and water use, reduce waste and to give preference to local suppliers.

Aequora Lanzarote is certified with the Travelife Gold Award.

The conserve and protect the natural and cultural heritage of our island depends on the act and awareness of all. Work with us respecting the rules and recommendations. Help us to preserve and protect nature.

The hotel has implemented the selective withdrawal of the following urban waste to facilitate the recovery, recycling or revaluation of each one.

Nowadays, the classification is carried out in origin and later municipal withdrawal of the following urban residues: organic residues, residues of gardening, packings, glass, paper-carton, vegetable secondhand oil and the residues of printer toner which are submitted to an authorized manager.

We have two waste collection points to reclycling paper/carton, plastic, organic and glass. Focused too involved the clients. One is in the corridors of the block 6 and another one in the back exit of the hotel.

Nowadays, all this toxic waste is separated and delivered to an authorized manager. In addition, the products of swimming pools and of laundry are gathered by the own supplier when they deliver new goods. On the other hand, the products of the cleaning department are recyclable packagings that are refilled as the product is ended.

Due to the oceanic, climate and geological characteristics of the Canary Islands, among other factors, there is a great variety of species in the archipelago. Many of them are endemic or are endangered species. Almost half of the total of the wild endemic vascular flora species of Spain and near 40% of the invertebrate fauna are in the Canary Islands.

Given that the human activities developed in the Islands sometimes are dangerous and risky for the animal and plant life, the Council of Territorial Politics and Environment of the Canary Government promulgated a Law, which created the Catalogue of Species Threatened in Canary Islands, which classified species depending on the risk that they were in. Besides, it lays down the way of managing the situation and the creation of plans of recovery and conservation of species. The Catalogue of Species Threatened in Canary Islands is available online on the Canary Islands Government website.

Nevertheless, as a first approximation, bear in mind some of the following considerations about threatened and endangered species that live in Lanzarote, and be careful when you move around their habitats, helping to preserve it and to protect these species.

The island of Alegranza shelters an importat biological diversity, emphasizing its bird’s population. However, most of important populations of different species are threatened birds, considered in risk by regional, national and international governments and institutions.

Some of the species that live here are Bulwer’s petrel, pardela scopoli, little shearwater, white-faced storm petrel, european storm petrel and band-rumped storm petrel. Some greedy birds (osprey, Eleanora’s falcon, egyptian vulture and barbary falcon) Besides, this place is an important point of rest for the migratory birds in their migratory displacements.

The houbara bustard or “avutarda” is an endengered bird, which remains approximately 1.000 exemplary. More than half of them live in Lanzarote. They live, mainly, in La Graciosa, Alegranza, Guatiza, Famara, Playa Quemada and the area between Janubio and Rubicon. Their main enemies and threats are human activities. That is why we should avoid, as far as possible, to drive with all-terrain vehicles along these zones, leave traces of garbage and any other activity that can disturb their natural habitats.

The “jameito” is a blind crab which is endemic of Lanzarote. It can only live in some jameos, as Jameos del Agua. That is why it is in endangered. This animal, natural symbol of the island of Lanzarote, white-coloured, is especially sensitive to the light and the noise. In addition, metals are especially dangerous to it and because of that it is completely forbidden to throw coins into water at Jameos Del Agua and to the sea.

#SEEYOUSOON
Working to Return better than ever!! 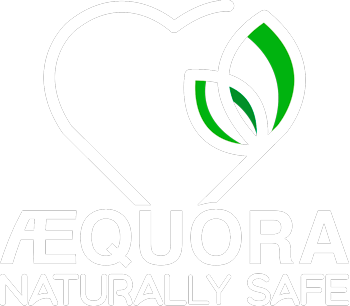