Freshwater is often in short supply on the Canary Islands. This is why we ask everyone to be careful with the use of water. Did you know? If 500 people do not leave the water running while brushing their teeth, at least 50,000 litres of water will be saved every week.

Our digital card system helps to save even more electricity by noticing when you leave your room. Kindly note that the minibar and the socket that is next to your desk will always remain active.

Aequora Lanzarote is certified with the Travelife Gold Award.

Travelife is an independent, internationally recognised sustainability award scheme for the tourism industry. Around 100 criteria are assessed, including fair wages for staff and measures to minimise energy and water use, reduce waste and to give preference to local suppliers.

The hotel has implemented the selective withdrawal of the following urban waste to facilitate the recovery, recycling or revaluation of each one.

Nowadays, the classification is carried out in origin and later municipal withdrawal of the following urban residues: organic residues, residues of gardening, packings, glass, paper-carton, vegetable secondhand oil and the residues of printer toner which are submitted to an authorized manager.

We have two waste collection points to reclycling paper/carton, plastic, organic and glass. Focused too involved the clients. One is in the corridors of the block 6 and another one in the back exit of the hotel.

Nowadays, all this toxic waste is separated and delivered to an authorized manager. In addition, the products of swimming pools and of laundry are gathered by the own supplier when they deliver new goods. On the other hand, the products of the cleaning department are recyclable packagings that are refilled as the product is ended.

Due to the oceanic, climate and geological characteristics of the Canary Islands, among other factors, there is a great variety of species in the archipelago. Many of them are endemic or are endangered species. Almost half of the total of the wild endemic vascular flora species of Spain and near 40% of the invertebrate fauna are in the Canary Islands.

Given that the human activities developed in the Islands sometimes are dangerous and risky for the animal and plant life, the Council of Territorial Politics and Environment of the Canary Government promulgated a Law, which created the Catalogue of Species Threatened in Canary Islands, which classified species depending on the risk that they were in. Besides, it lays down the way of managing the situation and the creation of plans of recovery and conservation of species. The Catalogue of Species Threatened in Canary Islands is available online on the Canary Islands Government website.

Nevertheless, as a first approximation, bear in mind some of the following considerations about threatened and endangered species that live in Lanzarote, and be careful when you move around their habitats, helping to preserve it and to protect these species.

The island of Alegranza shelters an importat biological diversity, emphasizing its bird’s population. However, most of important populations of different species are threatened birds, considered in risk by regional, national and international governments and institutions.

Some of the species that live here are Bulwer’s petrel, pardela scopoli, little shearwater, white-faced storm petrel, european storm petrel and band-rumped storm petrel. Some greedy birds (osprey, Eleanora’s falcon, egyptian vulture and barbary falcon) Besides, this place is an important point of rest for the migratory birds in their migratory displacements.

The houbara bustard or “avutarda” is an endengered bird, which remains approximately 1.000 exemplary. More than half of them live in Lanzarote. They live, mainly, in La Graciosa, Alegranza, Guatiza, Famara, Playa Quemada and the area between Janubio and Rubicon. Their main enemies and threats are human activities. That is why we should avoid, as far as possible, to drive with all-terrain vehicles along these zones, leave traces of garbage and any other activity that can disturb their natural habitats.

The “jameito” is a blind crab which is endemic of Lanzarote. It can only live in some jameos, as Jameos del Agua. That is why it is in endangered. This animal, natural symbol of the island of Lanzarote, white-coloured, is especially sensitive to the light and the noise. In addition, metals are especially dangerous to it and because of that it is completely forbidden to throw coins into water at Jameos Del Agua and to the sea.

What is marine pollution?

Marine pollution is the result of pollution of the oceans. Until the 70s it was popularly believed that due to the large amount of water in the oceans, it had the ability to dilute all pollutants without generating consequences in the environment. During those years all kinds of chemicals, untreated sewage, and even radioactive waste were dumped into the seas, in the hope that they would disappear into the deep blue.

However, far from being diluted, these pollutants have been accumulating both in the water and in the trophic chains and, in addition, they have managed to be distributed throughout the planet to places where human activity is not so present, such as the Mariana Trench or Antarctica.

The causes of pollution of the oceans and seas or marine pollution are diverse and numerous. Below are those that cause a greater impact on saltwater or marine ecosystems:

Although they are mainly used on land they can reach the seas through rivers and groundwater. They can decrease the populations of phytoplankton, algae and marine plants causing a decrease in dissolved oxygen in the water. In addition, they can bioaccumulate in tissues and move up the trophic chain, as well as cause alterations in behavior and reproduction, and cause damage to the immune, endocrine and neurological systems of animals (crustaceans, fish, mammals, birds).

Both cause nutrient enrichment of the waters (eutrophication), since they are mostly composed of nitrogen (fertilizers) and phosphorus (fertilizers and detergents). When these reach the bodies of water the algae that live in them begin to grow and form a layer of biomass that prevents the entry of sunlight and the renewal of oxygen and therefore making life impossible in these eutrophicated areas.

All kinds of chemicals can be found in the ocean as a result of intentional dumping or transport from continents and coasts. This range extends from heavy metals and radioactive waste from industries to medicines, drugs and hormones among others. The effects of these substances are death by poisoning in the most extreme cases, the appearance of malformations, different metabolic and behavioral disorders and bioaccumulation in the trophic chain being able to reach us again.

They reach the ocean through discharges, drainage of inland waters or other human activities (fishing boats, boats, cruise ships, etc.). When an oil spill occurs, animals (fish, birds) die asphyxiated, in addition it prevents the entry of sunlight and the components from its decomposition can affect the behavior and physiology of organisms.

In many cases, wastewater from populations and industries is discharged without any control. This favors eutrophication due to the enrichment of the waters with organic matter and nutrients, as well as the entry of chemicals and even microorganisms and parasites destabilizing aquatic communities and increasing the level of toxicity of the water.

One of the most polluting elements on the planet. Plastics can cause wounds, malformations and amputations in animals when they get hooked somewhere on the body. Large plastics (bags, straws, bottles) are mistaken for food by animals. Its intake causes the obstruction of the airways and can die from asphyxiation, in other cases they are entangled in the stomach and intestines so the animal ends up dying because it cannot feed or be able to expel them.

Microplastics  (plastics smaller than 5 mm) such as  nurdles  (raw materials for the manufacture of plastics), glitter, cosmetic microspheres and other small plastic fragments have been found in the digestive systems of fish, birds and even humans as a result of their movement through the food chain. But the problem of plastics goes much further, being organic compounds are able to absorb toxics from the environment so once ingested they accumulate in tissues and move through the food chain.

They are those nets that are lost or thrown into the sea. When they are left adrift, animals such as turtles, birds, dolphins and sharks become entangled in them becoming their executioners. They can cause major injuries, lacerations and death as animals cannot move and escape.

Sound from sonars, submarines, ships, and oil and mining facilities can spread over miles through the marine environment. This directly affects large mammals such as whales, porpoises or dolphins that use ultrasound to migrate, feed, reproduce or communicate.

The consequences of pollution are very diverse and are already being felt.

As a result of plastic pollution, islands made entirely of plastic have emerged. The Great Pacific Garbage Patch was discovered in 1997 and occupies an area larger than that of Spain, France and Germany combined, is located between Hawaii  and California and is estimated to weigh 80,000 metric tons. In addition, in recent years several more patches have been detected, another in the southern Pacific Ocean near the coasts of Chile and Peru, and another in the north of the Atlantic Ocean near the US coasts. These plastic islands are maintained by the existence of vortices created by ocean gyres, a type of circular water current.

Eutrophication and lack of oxygen

As we have explained before, one consequence of discharges of wastewater and other chemicals is eutrophication. Due to the proliferation of algae the oxygen dissolved in the water is depleted so that almost no organism can survive in those conditions of anoxia. In addition, in these circumstances other toxic substances such as nitrogen oxides, greenhouse gases more powerful than carbon dioxide, can be released. These eutrophic areas are known as dead zones, among the more than 400 that are estimated to highlight the Gulf of Mexico.

On the other hand, industries contribute doubly to ocean pollution, not only with the waste they generate but also with the greenhouse gas emissions that are causing acidification of our oceans. Naturally, CO2 dissolves in the water of the oceans releasing protons as a result of this reaction causing a decrease in the pH of the water and therefore an acidification of it. This acidification affects the calcification processes hindering the formation of calcium carbonate. This has resulted in the bleaching of corals and the weakness of the calcareous structures that protect and shape mollusks, crustaceans and different microorganisms (diatoms,  coccolithophores,  fominifera).

Loss of biodiversity due to marine pollution

Finally, it should be noted as one of the worst consequences of marine pollution the loss of biodiversity, since in the end all these agents (plastics, chemicals, metals) and processes (eutrophication, acidification) negatively affect marine life. Unfortunately, the species that are suffering the most from the consequences of marine pollution are the species that are already in danger of extinction to which more pressure is added. Do not forget that many of these species that are disappearing are those at the top of the trophic pyramid, such as large predators (orcas, sharks, turtles, seals) and their disappearance would trigger negative effects on communities.

#SEEYOUSOON
Working to Return better than ever!! 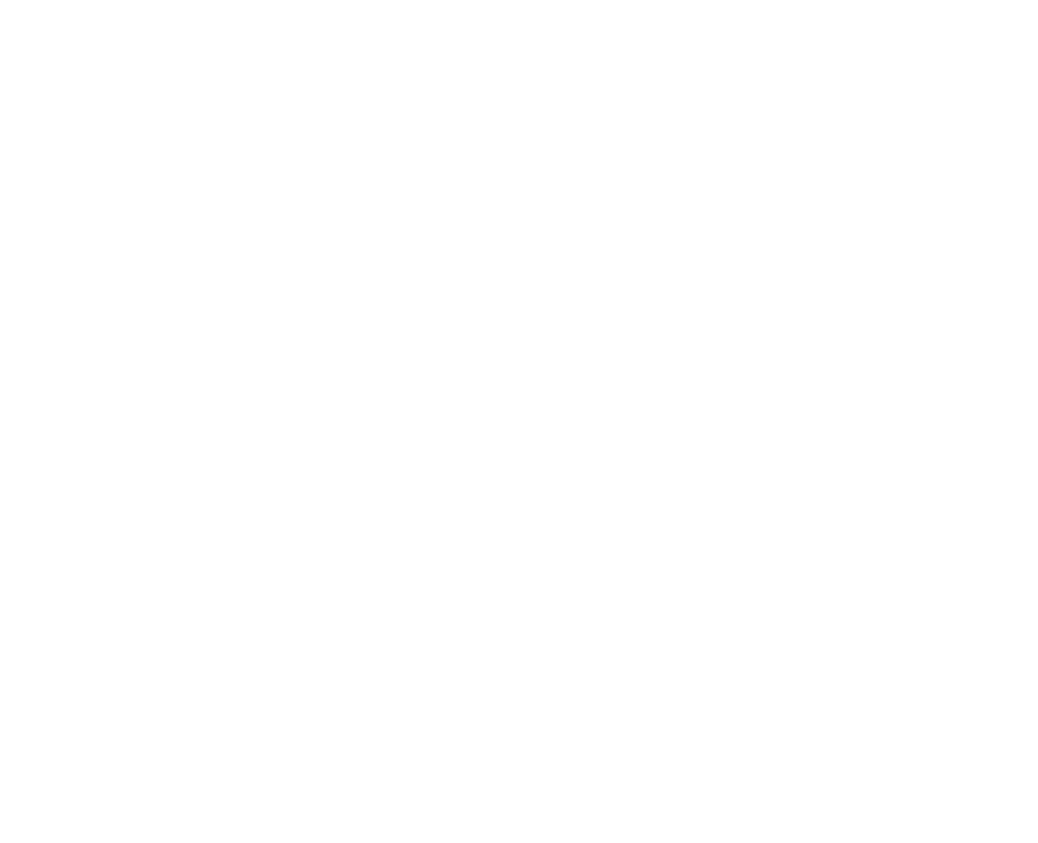 Gestionar el Consentimiento de las Cookies
We use cookies to optimize our website and our service. Remember that if you do not accept all of them, the website may not perform at 100% and your navigation may be affected.
Manage options Manage third parties Manage vendors Read more about these purposes
Preferences
{title} {title} {title}